Review: Such a Secret Place by Cortney Pearson 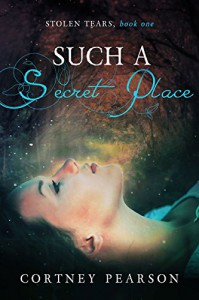 I received a free copy of Such A Secret Place from the publisher in return for an honest review.

I found Such A Secret Place to be a very easy and pleasant read. There was no effort required in reading it at all, the story just flowed and held my attention easily and the pages almost turned themselves. Every time I put it down I was thinking about when I could pick it up again.

Such A Secret Place is a young adult book and there was a little bit of angst going on, but because of the plot the it did need it, though I did find it slightly annoying at times. There was also a love triangle that developed, I'm not a fan of those but I was so hooked on the story that it honestly didn't bother me at all.

The plot was original and unique and the world building was very well done. I felt like I knew everything about the world, almost as if I had been there myself and gotten to know the environment like it was my own. The characters were well fleshed out and the interaction between them felt real. The main character had a little sass which I always like in female characters and I enjoyed how her character grew as the plot progressed.

The story had a lot of the elements that that I enjoy in a fantasy and I would be here all day if I was to touch on them all, but I have to say, I really liked how magic worked and the way that everything was run by magic instead of electricity etc.

This is the second book I have read by Cortney Pearson and I enjoyed it as much as I did the first. I will definitely be reading more from this author in future, I enjoy the uniqueness of her stories.