Review: The Haunting by Alex Bell 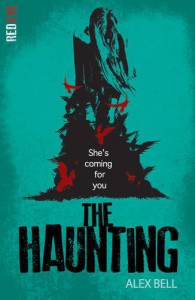 I received a free copy of The Haunting from the publisher in return for an honest review.

The Haunting had it's moments and there was a lot of potential for some really creepy hair raising chills but it didn't quite get there for me. There were a couple of times where I though "Oh, I like where this is going," and I could feel the atmosphere start to build but it petered out.

The story felt rather juvenile for a young adult book, even the "scares" and atmosphere felt more suited to younger readers. It reads more young teen horror than young adult horror. I think part of that was because of how Emma, the main character, was portrayed. Emma is 17 but she came across as being much younger and her reactions and interactions were lacking the maturity I would expect in a character of that age.

The setting was great and the plot was enjoyable, and perhaps if it had been classed as teen instead of young adult I would have gone in with a different mindset and enjoyed it more as a result. As it was, I was expecting more because of the age group it's aimed at and it just wasn't there. There were too many missed opportunities to really ramp up the atmosphere and chills which only added to the whole younger reader vibe.

Would I recommend it? A bit of a mixed answer. Yes, for younger teens. My daughter would have loved this at 12 or 13 years old. As a young adult book, I probably wouldn't recommend it.